This city is known as the ‘City of the Challenge’ (la Disfida) because of a tournament between French and Italian knights held on 13 February 1503. The tour includes a visit to the Cathedral dedicated to Santa Maria Maggiore and to the Cantina della Disfida (the ‘Cellar of the Challenge’) in the Swabian Castle. According to tradition, the Italian knights led by Ettore Ferramosca, challenged the French knights, led by Captain La Motte, to a joust in this cellar.Also included is the Basilica of the Holy Sepulchre and the Colossus, the5th century bronze statue of a Roman Emperor, probably the Emperor Theodosius II.

theCathedral, the cellar of the Swabian Castle (entrance fee), Basilica of the Holy Sepulchre and the Colossus. 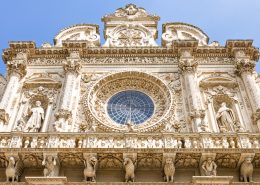 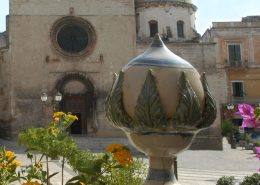 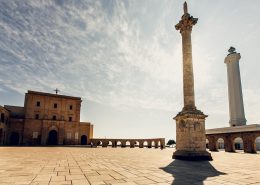 Castro – on Aeneas’Road
Scroll to top