You are here: Home1 / Experiences2 / Itineraries in Apulia and Basilicata3 / The Baroque Lecce of Zimbalo

A guided tour through the old town of Lecce to discover the floral andplant motifs carved in the soft local stone, pietraleccese, on numerous buildings in the 17thcentury by the famous architect Giuseppe Zimbalo. We will visitPiazza Duomo, dominated by the Cathedral and its imposing Bell Tower, the Churchof Santa Teresa, where the signature of Zimbalo is carved into one of the altars, and also theChurch of the Rosario, the architect’s last, but unfinished, work. We will also visit the Church of Santa Maria of Constantinople, which is believed to have been builtby Zimbalo, however,the renowned architect abandoned the project in order to focus on the construction ofother churches, such as the Basilica of Santa Croce. 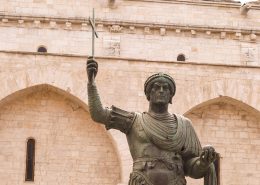 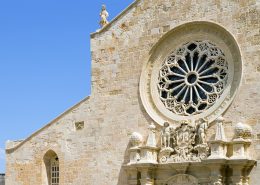 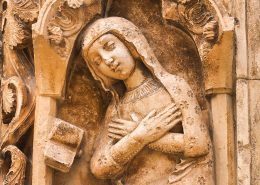 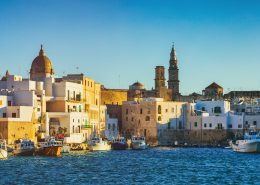